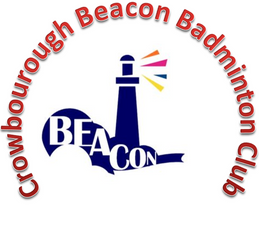 The History of Badminton

Badminton takes its name from Badminton House - home of the Duke of Beaufort in the English county of Gloucestershire. Though the estate is now better known for horse trials and hunting, it is credited as the formal birthplace of the racquet sport but badminton's roots date back thousands of years.

Sports played with a shuttlecock and racquets probably developed in ancient Greece around 2000 years ago but are also mentioned in India and China.In England a children's game known as "battledore and shuttlecock" in which players used a paddle - a battledore - to keep a small feathered cork - a shuttlecock - in the air as long as possible - was popular from medieval times.

Versions of the game had been played for centuries by children in the Far East, and were adapted by British Army officers stationed in Pune (or Poona), India in the 1860s. They added a net and the game became a competitive sport called "poona", with documented rules in 1867.

In 1873 the sport made its way back to England and gained its current title after guests at a Badminton House lawn party held by the Duke of Beaufort introduced it to their friends as "the Badminton game". It was credit to its popularity that in 1877 the first set of written rules was laid out by the Bath Badminton Club. A national organising body followed 16 years later with the setting up of the Badminton Federation of England, which in 1899 held the first All England Championships.

Badminton's popularity grew dramatically in the 20th century and it soon became a major racquet sport worldwide with the establishment of the International Badminton Federation in 1934.

The game is now an international and Olympic sport. No longer a game of gently lobbing the shuttle backwards and forwards over the net, (garden style badminton!) it is now a high speed, high power, sport which combines strength and agility. Modern racket technology using Kevlar and Carbon reinforced plastics has made it possible to play shots at a speed and with a power that would be inconceivable using the old wooden rackets. 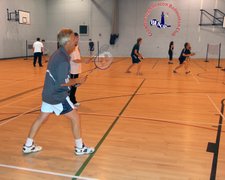